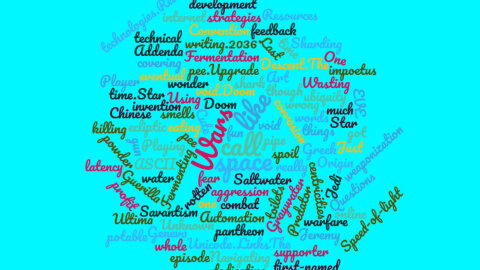 We got so much feedback over time from supporter Jeremy that we’re dedicating a whole Questions & Addenda episode to covering them. Just like that one time.

Speed-of-light internet latency. EVE online strategies for fun and profit. “Sharding” as first-named in Ultima as a technical and storytelling solution.

Could you really spoil Doom, though? Navigating by the ecliptic in space. Playing Descent.

Savantism before the invention and eventual ubiquity of writing.

The wonder of centricities and the Greek pantheon. Using the wrong words for things. ASCII vs Unicode.