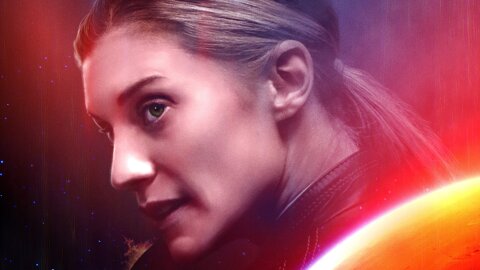 2036 Origin Unknown: ion propulsion, dust storms, and how to speak Greek in orbit

Compounding acceleration in the relative vacuum of space. Incredible efficiencies versus chemical rockets, and the very low force produced making it only appropriate once spaceborn. The differing problems solved by chemical rockets and ion drives. The benefit of ion drive once out of Earth’s gravity well and going far away. Earth’s tectonic plates, slowly building up to escape velocity. That beautiful blue glow. “Ionic wind” aircraft in-atmosphere: a completely silent aircraft motor with no moving parts!

Methods of landing on Mars: Aeroshells, parachutes, rockets, and balloons. Past examples. Different bodies in space and their particular atmospheric densities, atmospheric conditions, and gravitational acceleration.

Nuclear power vs solar cells. People’s presumption of full-on nuclear reactors rather than the smaller and less-efficient radioisotope thermoelectric generators like on Curiosity. Wondering why we don’t use tiny nuclear robots to blow the dust off of the solar robots. NASA, call us for more great ideas.

Martian dust storms. The low density and force of Martian dust storms, contrary to popular depictions. The visual impressiveness of huge Martian dust storms from space relative to actual effect. The (low) density of the Martian atmosphere and its make-up. How 60mph dust storms are are actually not that powerful: with low gravitational acceleration, static charge, it is very very easy it is to keep dust particles aloft.

The revelation that “geocentric” and “geostationary” apply very specifically to only Earth and there are other words particular to the other major bodies in our solar system. All of the other centricity classifications, including Arecentric for Mars as in the film (though they don’t use it).

Hypoxia and inability to give detailed instructions to your AI on how to disperse the spirit of humanity into the universe.

Previous Post Total Recall 2012: falling through the planet, 3d scanning, and lasers in your eyes Next Post They Shall Not Grow Old: film restoration, persistance of vision, and vfx