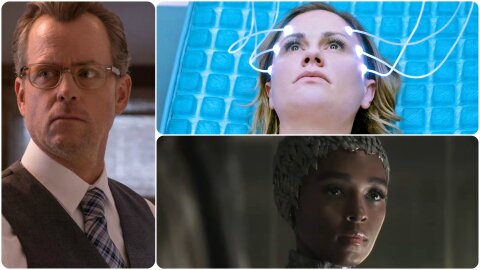 Philip K Dick's Electric Dreams: self-replicating AI, the illusion of self, and parasites

Callback to some.of.our.episodes on PKD and his stories. Pulp scifi of the 50s and 60s. General appreciation for his ideas and the return of thoughtful anthologies.

PKDpocalypse. Consumerism something something. Supreme dedication to a task. The Paperclip Maximizer and the possible danger of a highly-capable AI dedicated to its task. Universal Paperclips. The unconscious, apathetic skynet.

PKD was all about that hash tag life. The malleability of our perception of “reality.” Am I Anna Paquin? Neurological explanations for Deja Vu. Gaslighting. Dick moves. Colbert’s joke-telling disability.

Convincing your girlfriend she’s crazy or paranoid is called gaslighting, and it’s a dick move. But convincing her she’s a robot with artificial implanted human emotions is called bladerunning. It’s a Phillip K. Dick move.