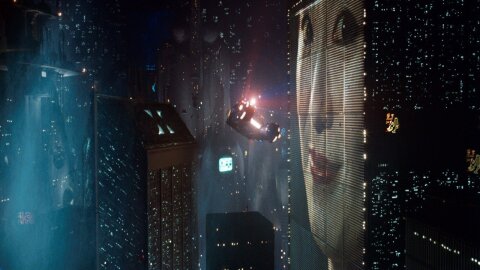 How to watch Blade Runner

About the different releases and how very bad voiceovers can be. But tl;dr: watch the “Final Cut” for sure always.

Philip K Dick’s vision in the novel Do Android Dream of Electric Sheep vs Ridley Scott’s in the film. Dick’s use of scifi as a tool to explore humanity.

And cinematography. What a beautiful movie! Practical effects and things that age well from the 80s.

Detection. Genetic design. Testing for replicants with bullets like testing a witch with drowning.

Why design your androids to be so human? Designing anthropomorphized androids to operate with human tools in a human environment.

A new theory for how replicants work. Terminological issues. Maybe they shouldn’t be called “androids?”

The Voight-Kampff machine as analogy to the lie detector, i.e. the BS intimidation machine for coaxing people/androids into admitting things. Or shooting the interviewer. Turtle vs tortoise vs terrapin.

Memories providing the context that makes up our selves. Looking for nipples.

Is Deckard a replicant? It depends on whether you’re talking about the book and then also which cut of the film.In the book, no. In the theatrical release, probably not. In The Final Cut, yes.