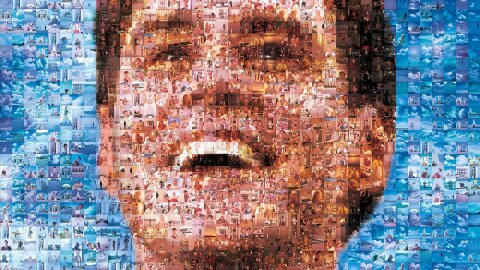 The Real World, reality TV, etc… and then The Truman Show. Thank the writers strikes and the economics of production sans writers.

Calculating the size of the Truman show dome from the satellite images in the film. Seeing man-made things from space. How the Great Wall is not visible from space but the pyramids are. And where does “space” begin, anyway? Looking from the ISS.

Weather systems inside man-made structures. The dome is plenty large enough to have its own weather systems. Hugeness and economic realities. Other scifi domed-city discussions.

And our own plans for how to sell out. Thoughts on “Gorilla” marketing. Unrelated: send advertising inquiries to contact@deciphermedia.tv (｡◝‿◜｡)

Colbert’s mustache woes. Delusions of grandeur over time. This guy’s really interesting personal story of his experience with “the Truman Show Delusion.”

How would you know if it were you? Occam’s razor. Glitches in the matrix. Plato’s Cave.