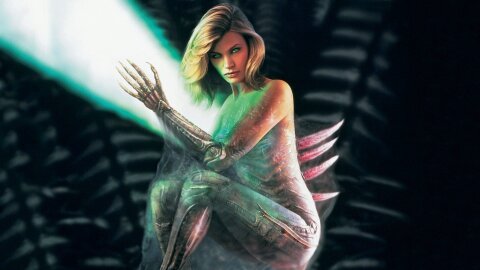 Wow there some really good movies in 1995! Geiger alien designs. Not “Alien,” but “alien.” This time, with nipples.

Forrest Whitaker. Chris’s history of eyelid laziness variability. Being either a dolphin or a flamingo. Eye farts?

The limited utility of sending messages to aliens 25,000 light years away. The Arecibo Message sent in 1974 toward the M13 globular cluster. A cluster containiner millions of stars. 1679 bits: not a lot of bits!

Von Neumann trolls. Self-assembling bootstrapping biological systems. What if DNA is very common across life in the universe?

Vulvic wall-pods. What the hell even is up with cocoons anyway? Cocoons are basically alien material already. The “soup method” of metamorphosis.