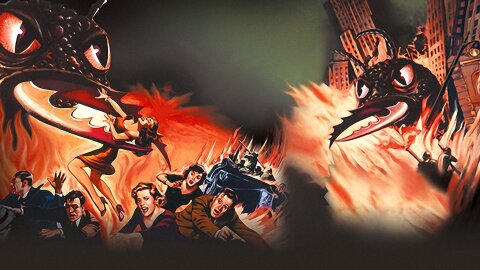 Rise of the nuclear monsters

The era of nuclear nervousness and the nuclear monsters in cinema. “Take an object, and biggify it.” Nuclear power in the 1950s. The possibility of “unmetered” energy. White Sands, gypsum, and the Trinity test.

The nuclear success hit list and the optimism of the early 50s. Recognizing downsides. Converting hydrogen into helium, but like really violently. Eclipses, occlusion, and we didn’t realize it at the time but Joe was right to use “occultation.” Las Vegas atomic bomb parties.

A sense of scale

The scale of nuclear weapons since the first atom bombs. Considering the time when “duck and cover” made sense. Using NUKEMAP for a sense of scale.