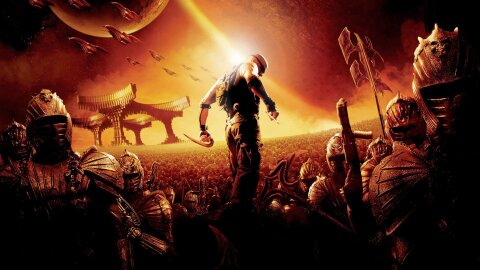 The Chronicles of Riddick: Crematoria, necromongers, and ambush predator defense

Where do I sign up? Scary space death cults. Necromonger gothic architecture and interior design. Frowny-faces.

Face on your face

Ion drive acceleration and speed and average distances between stars. The unlikeliness of non-FTL travel between star systems during the span of human lifetimes.

The economics of the private prisons in this universe and how it’s cost-effective to basically put a prison facility on Mercury.

Hot planets close to their sun. Lack of atmosphere and lack of green-house effect causing extremely quick extreme temperature changes.  This planet was pretty much Mercury. The impossibility of breathable atmosphere in these circumstances. The speed of the sunset and solar terminators.

Robustness of skin. Comparison to other color-changing creatures. Luminescence vs passive color-change.