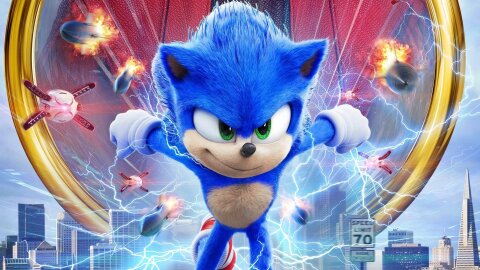 Unused Sega mascot candidates, including extra-mustachey Teddy Roosevelt! Sonic character design history. Consistency in appearance and attitude over decades and how to undo it all in your first draft of your movie. Don’t forget creepy-ass original movie sonic with his creepy human teeth. VFX responsibilities and character re-renderings. Tiny blue Godzilla.

Sonic’s smagic speed powers. Comic book power levels where they expand to fit the plot. The speed of sound and relationship with atmospheric density. Creating “frozen time” action scenes. Setting the bar at Quicksilver. Sometimes, you can only care about the science as much as the movie does. Supersonic vs hypersonic vs ultrasonic and the mixing of and Latin. Running loops.

A long-term human domestication collaborator. The lovable version of a porcupine. Spikey defense mechanisms. Covering yourself in other animals’ poop for fun and profit. Allocoprophagy.