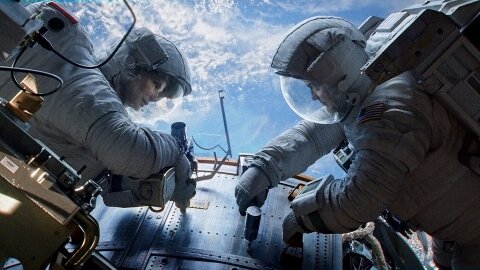 Sloppy orbital mechanics and the value of science-adjacent entertainment.

Forever the voice of Mission Control.

Almost as scary as the ocean.

Where and how things orbit

Earth-orbital distances. Where different kinds of man-made satellites operation and how they are not likely to run into each other roughly ever. The utility of geostationary orbits. Earth orbits.

And impromptu deorbiting. How to crash a probe into mars (by accident).

Past designs and modern designs. Future EVA suit developments. Constrictive suits directly against the skin rather than creating an atmosphere around the body: the biosuit. The NASA Z Suit that looks like Buzz Lightyear, and operating EVA suits at the same pressure as your space station.

The complete obviousness that heavy compound weight lifting is the major solution to muscle and bone loss in space. Bro do you even lift? Vacuum-based space squat rack.