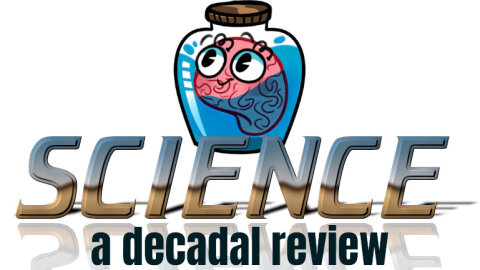 Decade in Review: privacy, computing everything, and torture toilets

No spoilers this week! Just looking at all the scientific discoveries of the past decade and how that has or hasn’t played into the scifi we’ve covered.

… and the illusion thereof. Snowden and the shattering of the illusion of privacy in the digital age. The world becoming the less awesome-looking irl version of cyberpunk. Workers as a resources. Torture toilets.

The biggest huge development in the pats decade which underlies every other things. Wowzers. Realizing the importance of the data going in, so you don’t get racist policing or image recognition. The availability of open tools, compute time, and learning resources.

CRISPR! What will eventually result from this one?

Water on Mars! So much more water than we thought. Greater accuracy in portrayals of space settlement. Increasing private industry in space.

What happened to AR glasses!? The state of wearables. Recognizing that there are senses to augment other than our visual system.