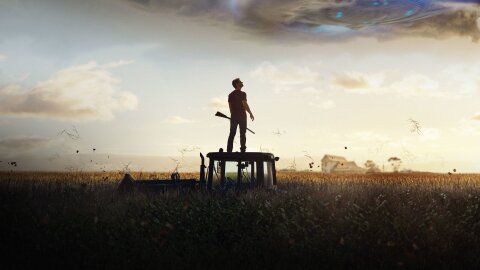 Aircraft shielding. Impressing upon humanity the futility of resistance.

Approaching utopia removing incentives for innovation. Alien limits on research. “The stars were not meant for man.”

Maybe these aliens in the show are the great filter. Filling in some slots of the Drake Equation. Maybe we’re just terrible for the universe and they know it. :/

Directed evolution at a scale of tens to thousands of years.

This part is too spoilery for this page

Not too much to ask, really. We could have had a worse run.

Previous Post Kingsman The Secret Service: gaia hypothesis, rebooting civilization, and Oddjob with swordlegs Next Post The Girl With All the Gifts: parasitic fungi, speed of smell, and the end of humanity