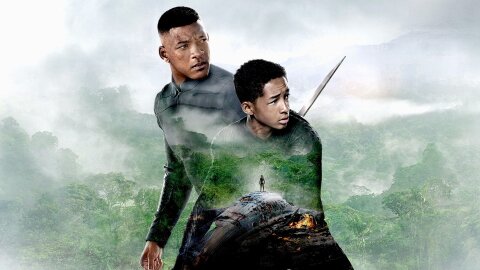 Not well reviewed. Will Smith’s “painful failure.” The real twist is the lack of explanation for things. Jaden Smith wisdom.

Surprise! There are aliens and they want to kill us. Engineered animal-weapons (the “Ursa”). Improving the Ursa design: giving guns to blind animals for fun and profit. Komodo dragon-mode leeches. Evolving from parasite to hunter. The combat techniques of butt-spiking murderbirds (shrikes).

Surprising evolutionary directions in the absence of humanity. Even a thousand years later, baboons still don’t appreciate getting hit with rocks.

The dangers of low atmospheric oxygen. Using the top of Everest as marker for O2 danger. Climbing Everest in shorts.