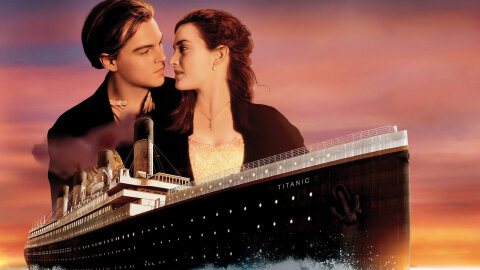 Costly! The costs of vising the wreck twelve times for research and footage, not to mention the cost of the film production overall. The extreme profitability of this film and James Cameron in general.

First, second, and third class on the same ship. Titans of industry. Runaway capitalism. The class divide and point of view before The Great War. The modern “royalty” by virtue of their wealth.

The pace of technological development in industries, especially intercontinental travel by steamship. Comparing the early 1900s to other periods of technological progress like the 1980s and 1990. Noting the nature of the automobiles in the film: literally the design of a “horseless carriage.” The cutting-edge wireless technology aboard the ship.

A collection of small problems

The nature of many disasters, probably including Titanic: a series of small problems, adding up to a catastrophic failure under the rigt (wrong) circumstances. Rich people hogging the Marconi wireless. Out of date lifeboat regulations. Loading lifeboats (badly). The reality of “women and children first.” Avoiding chaos until it’s too late.

The inquiries from shortly after the event, and the great surprise you may experience when realizing that the company men consistently pushed blame back up the chain of command. Modern evidence changing our conception over time. Actually ultimately coming to the consensus that this particular ship on this particular voyage was mostly operated in a way that was totally normal in almost all respects and simply got very unlucky.

All told, it does seem that Titanic was really really well-engineered and did remarkably well under the circumstances.