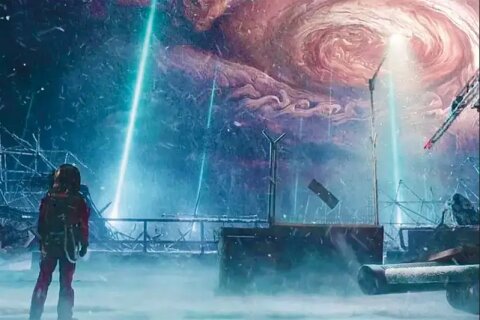 Life and death of a star

A hundred years to uninhabitability is a little bit quicker than we thought. Timelines here to red dwarf and all the unpleasantness in between.

The surprising difficulty of actually reaching the sun. The Parker Solar Probe. Taking a close peek at the corona and the young solar wind. Close as in millions of miles.

Shifting circumstellar habitability zones. Moving the planet out nearer Jupiter as our sun expands. Throwing moderation to the wind and ditching the solar system. Tidal forces.

Relativistic impact vulnerability. Appreciating Earth’s protected position within the heliosphere, blocked from impactors by two gas giants and its own moon.

Traveling across deep space with no sun. If you dig deep enough, mayyyyyyybe Kelvin’s “secular cooling” would keep everybody warm for the trip. Signing up for some eye shine. The three-body problem.

Living underground. Shielding from the radiation and frigid cold of deep space with kilometers and kilometers of Earth. Learning to eat lots of algae, crickets, and fungus. Taking advantage of geothermal energy at depth. Dealing with Earthquakes while being under some of them. The safety of tunnels.

Smuggling pickles in your pants into space. And maybe some vodka or cognac. “Who wants a warm pickle?”