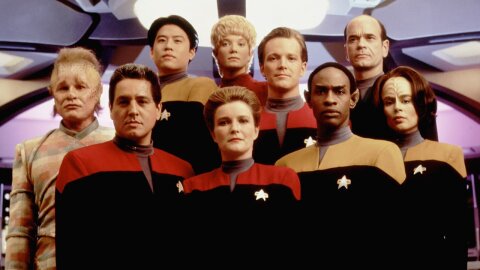 Cross-galaxy teleportation macguffins. The Delta quadrant. Where are the Borg!?

The Kazon, aka less-good, less-organized Klingons. Were Klingons racist? Or the Ferengi? Or the Kazons?

The availability of water in star systems. Exoplanet surveys and water-rich gas giants.

The most incredible Star Trek technology of all. Teleporter failure rates: very low, or actually 100%?

Galaxy Scale. “Quandrants” actually refer to “quarters of the galaxy” which blew Christopher’s mind slightly (like this guy). And here is a map. Putting speed limits on the universe.