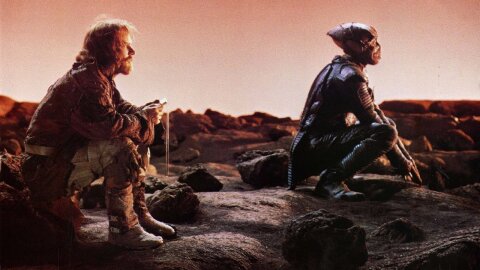 The aliens as portrayed by Louis Gossett Jr. Alien physiology. Evolutionary body-heat dissipation adaptations. The spectrum of binocularity in Earth-life.

Time scales for change on the technological curve.

Hermaphroditism? Asexuality? Parthenogenesis? This pregnancy is a weird situation. One man and an alien baby.

Transporting slaves to remote mining colonies. Where are the robots? Possible Dune connections.