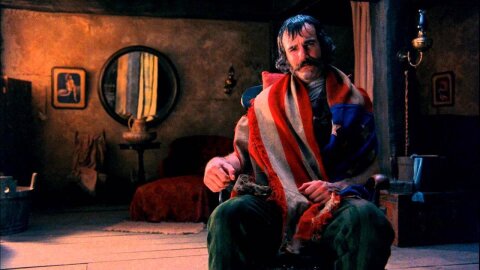 “A drama, not a documentary.” The overstatements of the loose source book “The Gangs of New York.” Compressed timeframes. Framing the story of the “gangs of New York” through the lens of the Italian mobs of the early 20th century.

“The Great Famine” and “The Potato Famine.” Blight: not a fungus! Actually non-photosynthetic algae. Living on only potatoes: pretty doable! How the blight was delivered from America and was able to flourish under the seasoncal conditions in Ireland.

Migration of Irish into (mostly) New York City. Staying where you land because you lack the resources to move on. The conditions on the long boat ride over.

New York: like now, but smaller and mostly woods and marshes etc. Draining and filling the stinky sewage lake to make a place for the five points. American growth and the spoilage of nature.

Not as crimey as you heard! But, maybe just as grimey. Discerning quality of life in the five points from archaeology, correspondences, censuces, bank records, and other sources. Common people, eating meat; for every meal! Chain immigration.