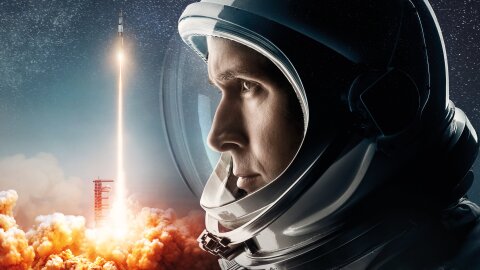 Worrying the minimum amount about your speech. The difficulty of quoting noisy radio transmissions.

Recognizing the small temporal distance from the first powered flight to the first moon landing. The cutting edge of the early space program. Test piloting. Gemini.

The edge of space

Defining the edge of space. The “Karman Line”: transition from atmospheric lift to orbital velocity. Complications and redefinition of where “space” begins. Geopolitics, ruining everything since forever.

Badass engineer pilots. Moving fast and breaking things. Selection testing. Giving prospective astronauts ice-water wet willies. The importance of simulation in the early space program and the difficulty of simulating things we haven’t actually ever done or seen up close.How hard it really is to stay conscious under high-g stress.

Retroreflectors and really really powerful lasers. Tiny photonic returns: 1 out of every 10¹⁷ photons shot at the moon mirror make it back for our detection. Multi-mile laser beams. Confirming relativity ftw.

… from the moon! And some regolith to boot. Vacuum transport for moon samples and how we work with them on Earth’s surface without contaminating. The difficulty of maintaining a a very strong vacuum vs nonreactive gasses. Detecting the provenance of proposed moon rocks. NASA’s moon-rock cataloguing system.

What if it didn’t work out? The Nixon speach made ready just in case. “In Event of Moon Disaster.”

Why we have no rockets now to match the power of the Saturn V. Loss of engine-production expertise. Looking at near-future Moon and Mars missions.